If you can’t find chicken pieces on the bone now is a great time to learn how to cut up a chicken. An organic chicken is likely to be somewhat smaller than a regular supermarket chicken, but it will have more flavor and cook more evenly. Most chicken sold in supermarkets are pumped with saline water to make them look bigger and heavier, but they’ll come out bland even when you brine it.

Brining isn't necessary but I thought I'd include the recipe for you.

I rinse my chicken pieces in some cool water and dry well. Mix together the salt, a little pepper, the herbs, the lemon zest and juice; rub it onto the chicken pieces generously and place the chicken in a shallow pan, cover loosely and brine in the refrigerator for up to 3 days. One day does the job but 3 days will make the skin crispier and the meat more tender.

When ready to grill rub the salt, pepper and herbs off the chicken, you can rinse it off if you like but make sure to dry the chicken well.

Heat a gas or charcoal grill to medium (about 350°F to 450°F), brush the cooking grates clean and rub with a towel dipped in oil.

Grill the chicken pieces, skin side down first, over indirect medium heat, with the lid closed, for about 5-6 minutes. Turn the pieces and grill another 5-6 minutes.

Brush with BBQ sauce, close the lid and cook for about 10 minutes, turn and cook another 10 minutes or until a thermometer reads 165°. The chicken may take longer to cook depending on the size of the piece. When you test the temperature be sure to stay away from the bone for an accurate read. Let the pieces rest off heat for about 5 minutes before serving. The breasts and wing pieces could take 30 to 40 minutes and the whole legs will take 40 to 50 minutes. During the last 5 minutes of grilling time, move the chicken over direct heat and cook until well browned all over, turning once or twice. Serve warm. 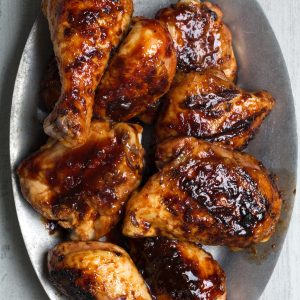 Grilling chicken isn’t always the easiest thing to do. Many times the chicken burns long before the inside is done. Here’s a great way to grill that chicken to perfection. 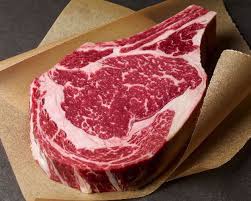 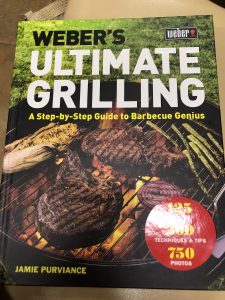 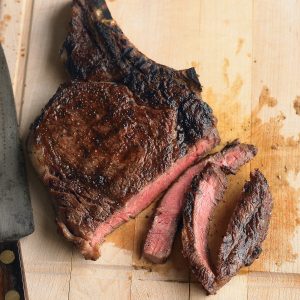 Summer is almost here! Not that you would know that by the weather we’re having. The rain is nice and it makes the garden grow but my other half is craving those warm summer days. Even though here in Southern California we grill all year long, Memorial Day is the official start of grilling season. Whether you grill on gas, charcoal or wood these recipes are easy do ahead recipes for cooking outdoors and picnics. So clean up that grill and set the table because dinner is served! Check out this simple cheese platter, get A Little Book of Cheese to learn all about cheese and how to make a platter! 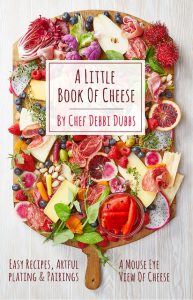 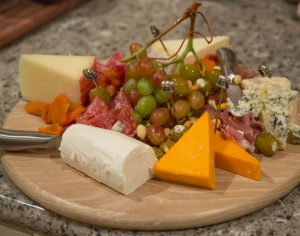 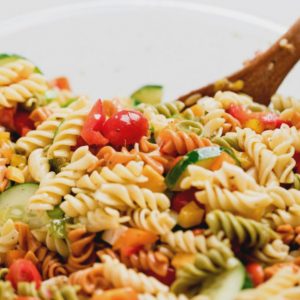 Make this light summer pasta salad recipe a day ahead of time so that it can soak up all the bright, tangy dressing.

For dressing, mix together vinegar, Dijon, salt, pepper, and garlic powder and whisk until it comes together. While continually whisking slowly add olive oil to taste. Set aside.

Mix together remaining ingredients and toss with dressing. Serve cold.

*Boil the pasta according to package directions, drain and rinse with cold water. When pasta has cooled down a bit, shake off excess water (dry with a towel, if necessary) and toss lightly with olive oil to keep from it sticking together. Refrigerate until ready to toss with dressing. Be sure to cool your pasta before adding the dressing otherwise the pasta will soak it all up. 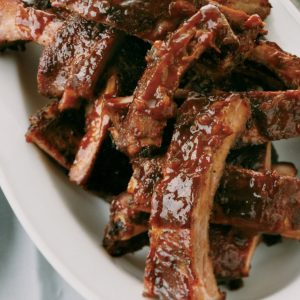 This is quick and easy do ahead baby back ribs. By using your Instant Pot or pressure cooker your ribs will come out nice and tender. Finish off on the grill with your favorite BBQ sauce.

Cut the racks of ribs in to sections that will fit in the pressure cooker and rub with salt and pepper.

Close and lock the lid of the pressure cooker. Select High Pressure and set the timer for 12 minutes. Press start.

When beep sounds, turn off pressure cooker and use a natural pressure release for 10 minutes and then do a quick pressure release to release any remaining pressure. When valve drops carefully remove lid.

Remove the ribs and cool to room temperature. Once cool, refrigerate until ready to serve.

To finish the ribs:

You could do the same as above by broiling them until just how you like them. 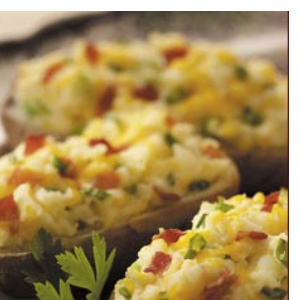 The perfect BBQ side dish as they can be made in advance, wrapped in foil and heated on the grill before serving.

place on oven rack. Bake until cooked through, about 1 hour. If potatoes

starts to crisp and brown up, turn the oven down to 400. Transfer to baking

from the shell and mix with remaining ingredients, mashing lightly as you go. Season and taste before scooping mixture into potato shell.

Can be prepared 1 day ahead, covered and refrigerated. Bring to room temperature before the final cooking stage.

Preheat oven to 400°. Bake potatoes on baking sheet until heated through

and beginning to brown, about 25 minutes. For the grill, wrap each ½ in heavy duty foil, heat on the indirect side of the grill for about 20 minutes or until hot. Garnish with finely minced green onions, chives or crumbled bacon.