To poach the chicken, bring chicken stock to a boil, turn heat down so the stock is just barely simmering. Roughly chop the celery, carrot and onion and add to the stock along with the chicken, season with a little sea salt and fresh ground pepper, and simmer for 20 min. to ½ hour or until chicken is cooked through but not dry. Remove the skin from the chicken and pull the meat from the bone, discard skin and bone. Shred or chop the chicken into pieces and strain the stock through cheesecloth and reserve.

Cut celery, carrots and onion into bite sized pieces. Heat a Dutch oven or lg. saucepan over medium high heat, add just enough olive oil to lightly coat the bottom of the pan, add the vegetables and sprinkle with sea salt and fresh ground pepper and sauté until lightly translucent and soft. Add enough chicken stock to the reserved stock to measure 6 – 8 cups and add to the vegetables. Add remaining ingredients except the lemon juice and simmer until the spinach is barely wilted, adjust seasonings and serve with a little squeeze of lemon juice.

*See How to Cook Barley, Debskitchen.com 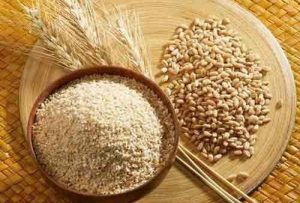 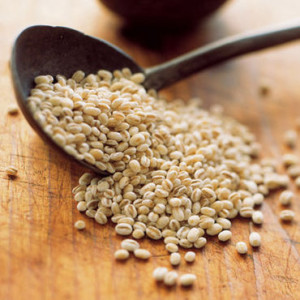 The flavor of this soup relies on using a good and flavorful beef stock. Read the label to make sure it’s not over salted. Or you could try making a batch of your own!

Heat the olive oil and butter in a Dutch oven or pressure cooker**.

Season the meat with salt and pepper and brown in batches, don’t crowd the meat or it will steam and not brown. Remove the meat and set aside. If using already cooked meat skip this step and jump ahead.

Add a little more olive oil to the pan if necessary, add the vegetables and cook over medium heat, stirring occasionally, until the vegetables soften, about 5 minutes.

Add the stock and bring to a boil. Lower the heat to a simmer and cook for 1 hour.

Add the barley and the reserved meat; simmer the soup for another 15 or 20 minutes, until the barley is tender. Season with a little salt and pepper if needed and enjoy.

To cook barley, bring 4 cups of water to a boil and add the barley. Simmer uncovered for 30 minutes, drain, and set aside.

Add vegetables and return to pressure over high heat. Cook 15 minutes and let pressure release. Season to taste with salt and pepper.